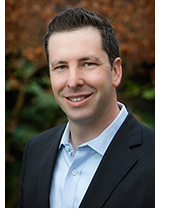 Kelly Calkin has worked at the local, state and federal levels of government for over a decade.

Prior to founding Calkin Public Affairs, Mr. Calkin served as in-house political director for a diverse group of organizations – California Professional Firefighters, Personal Insurance Federation of California, Pacific Gas and Electric Company – and oversaw all aspects of their political operations.

Before Kelly’s tenure as political director for various organizations, he owned and operated a public affairs firm whose clients included the State Building and Construction Trades Council of California, a California Assembly member, a local ballot measure, and a handful of competitive city council elections.  Mr. Calkin also worked as an aide to a member of the U.S. House of Representatives from Southern California.

Kelly and his wife, Leslie, reside in Sacramento.